At Least it was Productive

So for starters, this past week, we were handed a list of people who haven't had their address' confirmed yet, in our ward. As we were going through the list, we stopped by this house and the person who was supposed to live there had moved several years ago. However, the person who lives there let us right in and we were able to talk about the Book of Mormon. He is a Catholic convert, he converted from atheist-ism. it was weird to learn, they think when partake of the sacrament the bread actually turns into Flesh, and the wine actually turns into Blood.

We also had an awesome time on the LRT this past week, we past out several Book of Mormon's. Then on another day we hadn't had any success on the LRT, but because we just barely missed the bus, we ended up walking to Arby's and on our way we ran into someone who was asking for a cigarette, but instead we offered her a card and talked about the addiction recovery program and she seems interested in it and want's to quit.

Then this past week, the Sister's in out ward had a Convert Baptism. We were able to attend, and it was awesome; I felt the spirit of the Holy Ghost very strongly there. When she was confirmed a member, and given the gift of the Holy Ghost, it was a big calming feeling, which made me feel much better through out the day.

Has anyone found a really effective way of killing Mice? If you have any suggestion, please comment or email me. Thank You.

I hope you all have a great Easter week.

Love,
Elder Warkentin
Posted by Unknown at 12:22 PM No comments:

So this past week as we went out LRT Contacting and Street Contacting, it seemed like everyone we were able to talk to was crazy in some way. Some of them were drunk and some were high. But all of them seemed like they were possessed by some kind of devil, no they probably weren't. At least they were willing to talk with us and they want to learn more about the Gospel. So what I get out of it is that someone has to first hit a low before they are humble enough to accept Christ's Gospel.

We also had Stake Conference this past week. I enjoyed it, and not only because we got to sing in the Stake Choir. There was an awesome talk about how if we take the time and effort to go to an amusement park and just sit right outside the gate, we will be able to see and hear all the fun other people are having. However if we enter the gate we can join the others and have the fun experiences. The price to enter through the gate is Baptism unto Jesus Christ and if we receive the gift of the Holy Ghost, we are given a tour guide to help us navigate through the park and accomplish as much as we can. However if you just enter through the gate but sit down on a bench for the whole time, it would be as if we didn't enter the Park to begin with. So I would encourage all to be Baptized and endure to the end by staying and active member of the church.

We also had a few talks about holding Family Counsel or Companionship Counsel or Roommate Counsel. As we hold the Counsel's we are able to discus the issues that ruin relationships. As we are able to hold them and as people feel free to share whats on there mid, everyone can make a relationship work. We must also be willing to make the adjustments we are asked to make.

One of my favorite quotes from this past week: "I'm not Christian, I'm Roman Catholic"

There is also a new Initiative that the Church is starting up this coming weekend. It is called the #BecauseofHim Initiative and if you visit HeLives.Mormon.org on the 27th or latter you will be able to see some cool video's that you can share with your friends. I would also like to invite you to share the link on social media and include the hash tag.

And here is a cool photo from an LRT Station. 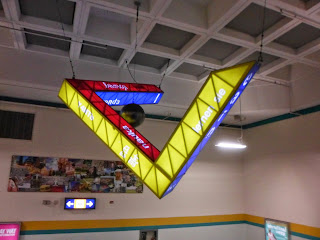 ​
Love,
Elder Warkentin
Posted by Unknown at 1:41 PM No comments: 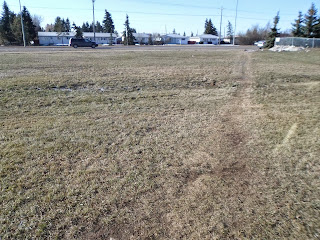 ​
I love you all,
Elder Warkentin
Posted by Unknown at 12:13 PM No comments: 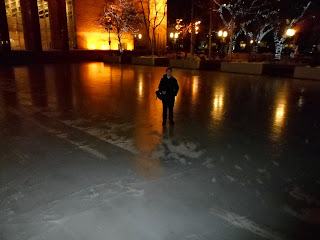 On Monday we met with an Investigator who has been investigating for about a year. We are trying to work with her to move her baptismal date to be sooner.

On Tuesday we had our Zone Conference and we learned about how to become a more consecrated missionary through a changing of the heart. However my companion became sick, so we took it easy the rest of the night.

Then on Wednesday we started out with our Quarterly interviews with the Mission President. We were then able to stop by some Less active.

Then on Thursday we had another lesson with an investigator and we were able to learn more about the archeology of the Bible. At dinner we got to be part of a birthday celebration for one of the members here. We were also able to get in contact with a Recent Convert that we haven't been able to contact in a while.

On Friday we went to this lesson with another investigator and when we got there he had brought friends over and we had a surprise Bible study time where we were able to start by clearing up misconceptions about our church then we were able to get into the lesson, but they had many questions about what we were teaching, so hopefully that is a good thing.

Then comes Saturday, on this day we had what was called a social media day where members followed us around taking pictures and making posts about what a missionary life is like. So we started out by helping to move a Less active. We were also able to move an active member that day as well. So we had a busy day.

On Sunday we spent the day after church visiting with some members. and one of them for dessert at dinner made these awesome Oreo squares, they were basically Rice Crispy treats but with Oreo's instead of Rice Crispy.

I know that as we become like Paul and share the gospel with everyone, we have the power to change someones life for the better. I know that this church was restored be the Prophet Joseph Smith. I know the Book of Mormon is the word of God and as we read it we come closer to him. Amen.

Elder Warkentin
Posted by Unknown at 12:34 PM No comments: